12 Reasons Icelanders are so Happy! Iceland is one of the happiest countries in the world. Its people are tough and resilient, but they are also genuinely kind.

Read on to discover 12 reasons why the Icelandic people are the happiest in the world!

1. A Sense of Community 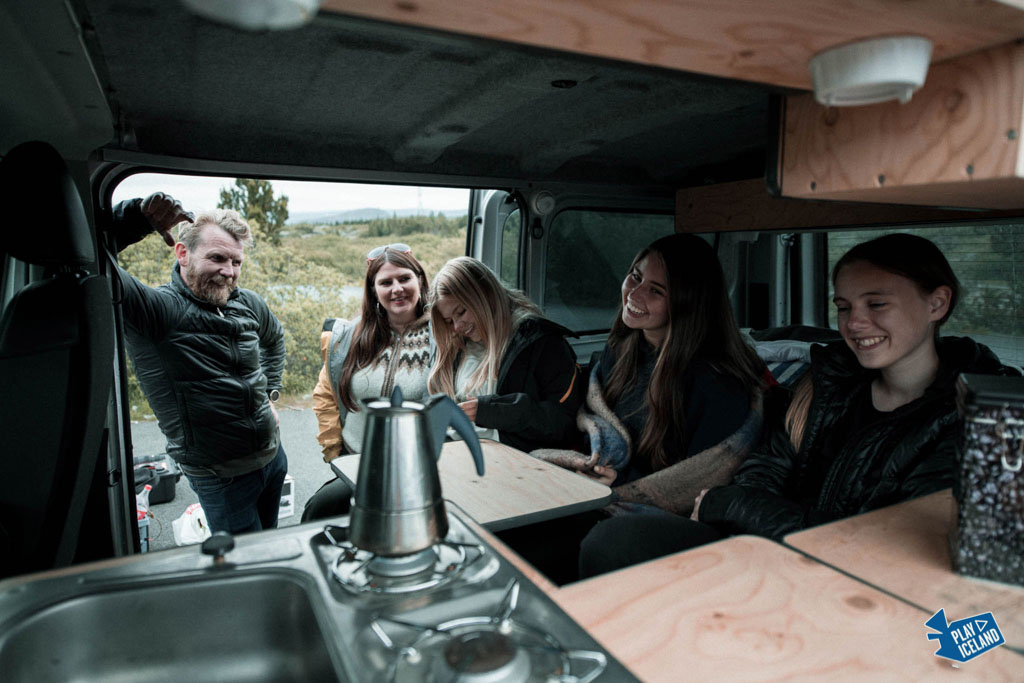 Iceland is the most sparsely populated country in Europe, with a population of just over 350,000 people.

Despite this, people are not generally lonely. 99% of Icelanders said they had someone they could count on in a recent report by the UN.

Icelandic people are one great big family and are often distantly related to one another. This is so common that the government has a unique resource where the locals can double-check they aren’t related to each other before they start dating!

Icelanders have a strong sense of community, and this extends to the immigrant community as well. 10% of Iceland’s population is made up of foreigners, but they report the same levels of happiness as the native-born Icelanders.

One of the reasons for this closeness is the historical hardship of living in such a remote and extreme climate. The old Icelanders had to rely on one another if they wanted to survive, and this has deeply ingrained a sense of neighborly concern and duty to the vulnerable. 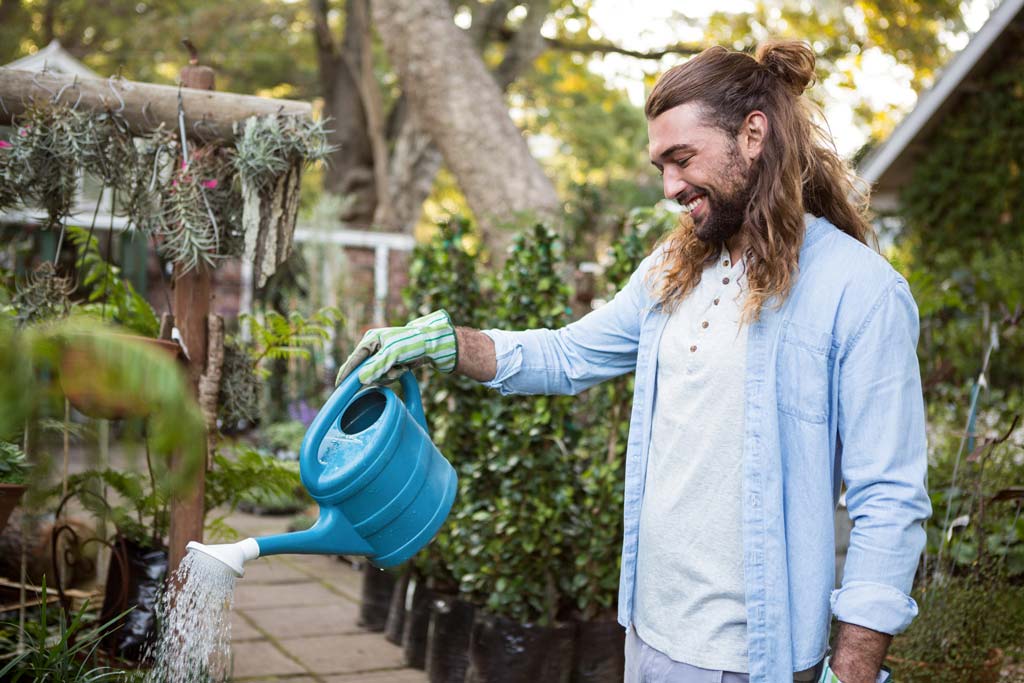 A culture of acceptance and quality contributes to the happiness of the Icelandic people.

Reykjavik Pride is the only Gay Pride parade that has never been protested, and the local people are very proud of this.

What’s more, it is illegal to pay men and women differently for the same job. The nine months paid maternity leave is awarded to the parents as a couple, to be shared between mother and father as they see fit. This means that a male employee is just as likely to take time off on having a baby as the mother, and reduces inequality in hiring practices.

Just like wealth, happiness is evenly distributed throughout the majority of the population. There is no great divide between the wellbeing of those with the most and with the least. This equality makes Icelanders some of the most satisfied people in the world.

The 2008 financial crisis was hard on people all over the world, including the Icelandic people.

A significant difference in Iceland was the consequences faced by irresponsible bankers. Instead of bailing out the bankers, the Icelandic government let all the major banks fail.

The banks were left to clean up their mess, and the most irresponsible people were arrested and went to trial. This accountability and justice, even for the wealthy, make Iceland a very fair and honest country to live in.

Times still get hard, but a transparent response to the problems means that Icelandic people have high levels of trust in their government. 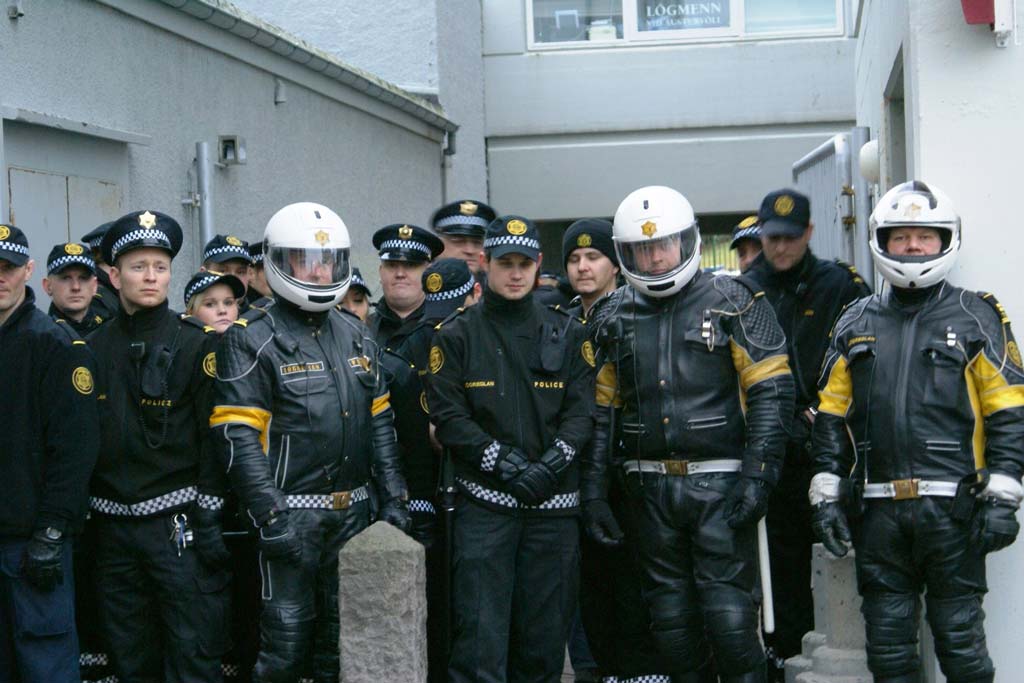 There are only around 150 prisoners in Iceland, and there have been less than 40 murders in the whole country in the last 20 years! Violent crime is so unusual that the police force does not carry firearms.

The tight-knit community means that people feel confident to trust one another. Little children are allowed to walk to school in the dark, and babies are frequently left outside in their strollers to enjoy the fresh air while they take an afternoon nap.

This low-level crime means people feel safe in Iceland, which is a great contributor to levels of happiness. 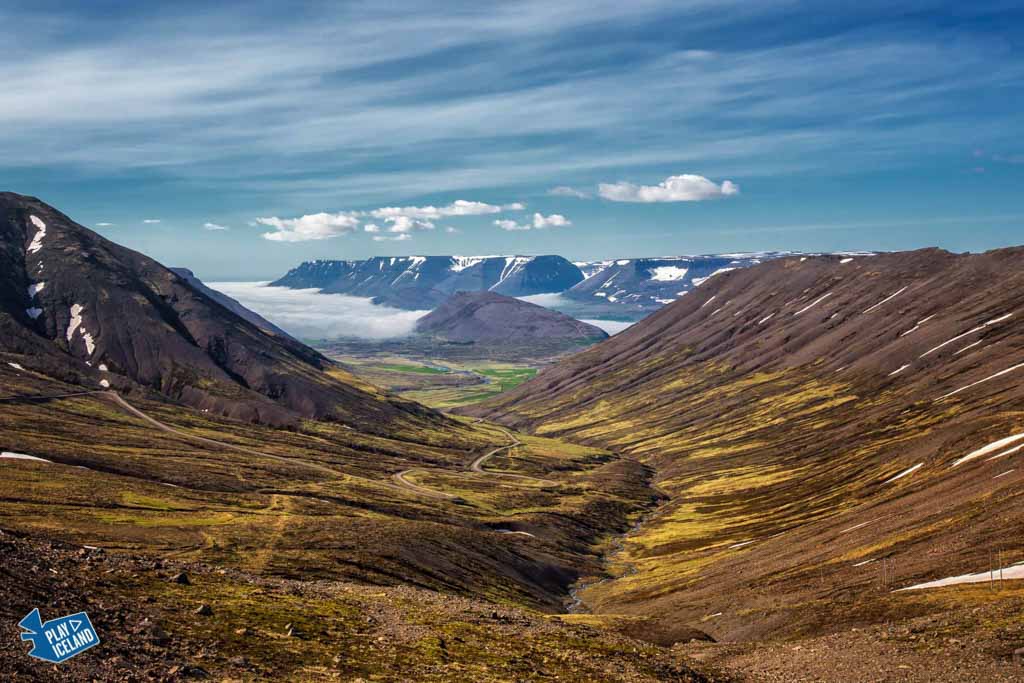 It’s hard to be unhappy when you are surrounded by natural beauty. Iceland has some of the most spectacular landscapes in the entire world, and a sporty population who enjoy exploring the great outdoors.

The magnificent fjords, glaciers, and volcanoes of Iceland captivate visitors from all around the world. The local people are not blind to this beauty!  They regularly bathe in the gorgeous hot-springs and soak up the incredible scenery of the enormous National Parks.

6. A Love of Literature 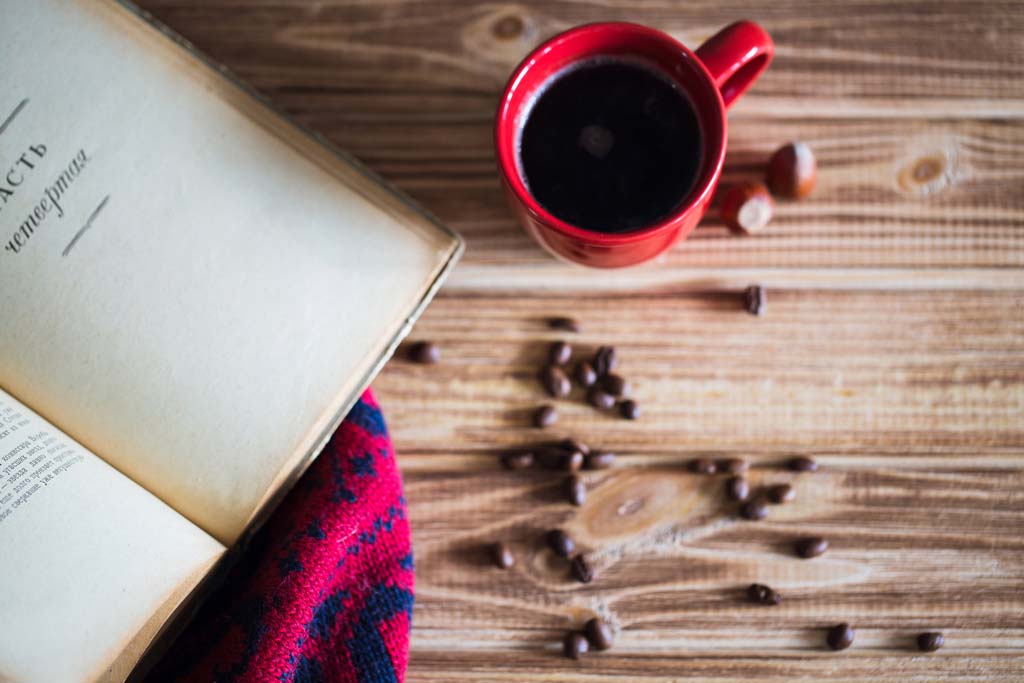 Icelandic people’s love of literature is famous throughout the world! Storytelling is a vital part of Icelandic culture, going right back to the Sagas and legends of the earlier settlers. Books are so important to Icelanders that Reykjavik has been named a UNESCO City of Literature. As well as being great readers, Icelandic people are also great creators. An incredible 1 in 10 Icelandic people will publish a book in their lifetime. With a book for a best friend, it’s no wonder the Icelandic people are so happy.

Although Iceland is regularly reported as the happiest country in the world, it has a high level of chronic depression. 1 in 10 Icelandic people suffer from depression. Long dark winters can make life very challenging, especially in the less populated East of the country. Rather than suffering in silence, Icelandic people go to their doctors when they need help.

They take more antidepressants than any other Western Country. This is partly because of the lack of stigma surrounding depression, and partly because alternatives like psychotherapy are less popular here than in many other nations. 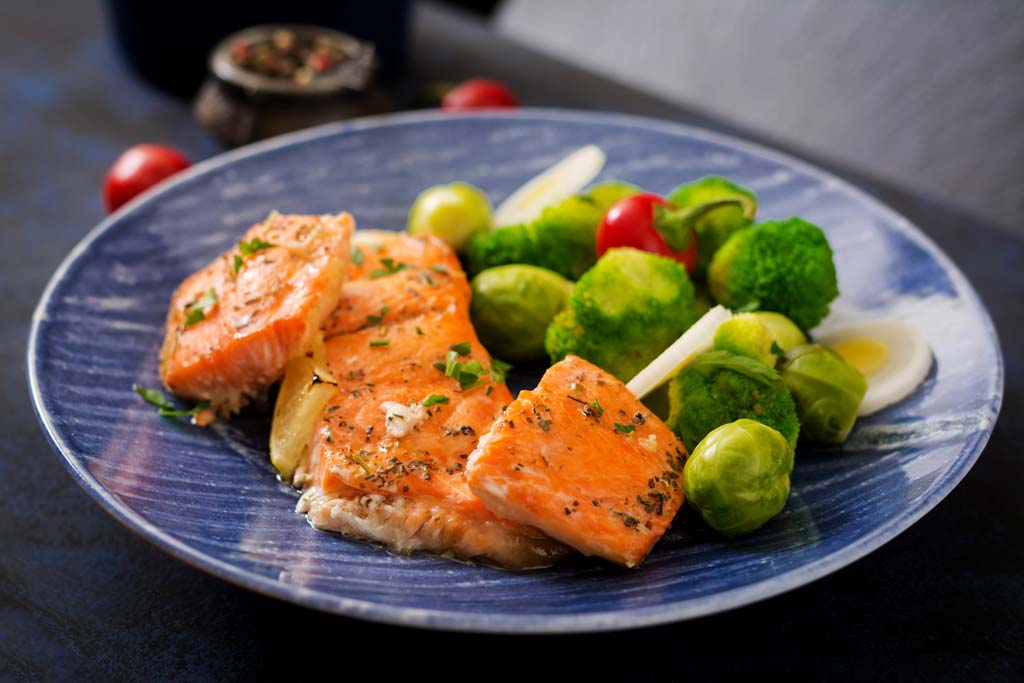 Health problems are one of the most distressing things a human being can face. In Iceland, people live very long and healthy lives. The Icelandic men have the longest life expectancy in all the world. The women live even longer than the men, though they don’t quite make the same record.

An active lifestyle and a diet based on fish and a little local meat contribute to this good health. Local vegetables are also getting easier to access, with an increase of produce being grown in geothermal greenhouses.

Private education is extremely rare in Iceland. This doesn’t mean the education is low quality. On the contrary, Icelandic education is so good that people choose to send their children to state schools, no matter how wealthy they might be. Almost all Icelanders are fluent in English from an early age, and they are all entitled to free higher education. Literacy rates in Iceland are an incredible 99%, and unemployment is extremely low.

It’s normal for Icelanders to work more than one job, but out of choice rather than necessity. When they aren’t working, they are enjoying the great outdoors of busy writing their novels!  With no time to get bored, the long winters are soon replaced by spring. Keeping occupied makes all the difference! 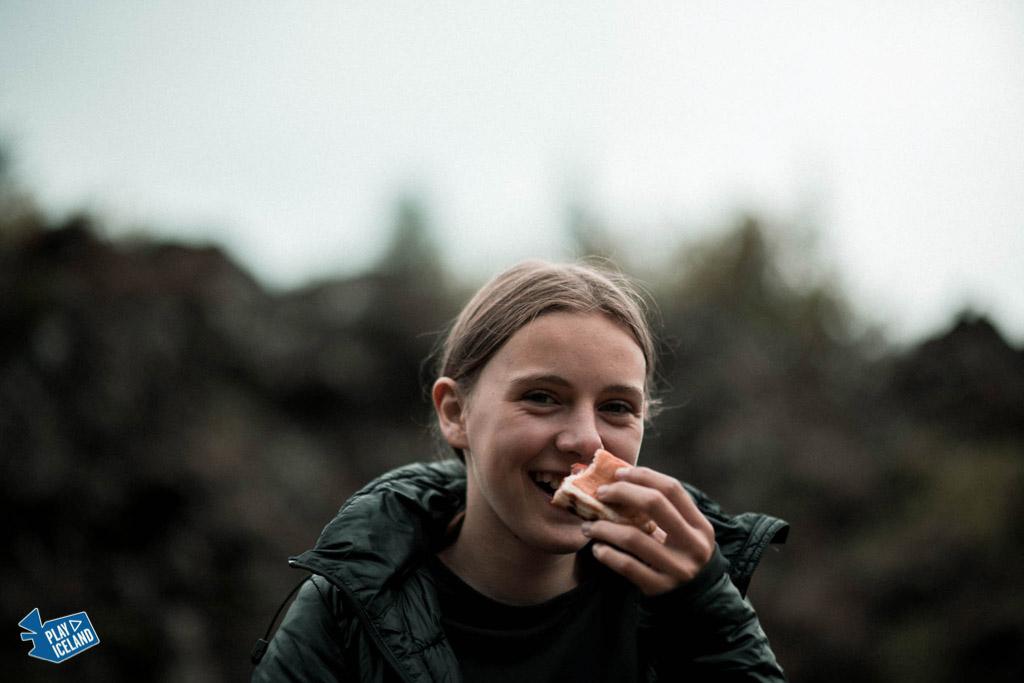 Small communities are often vulnerable to a culture of gossip and judgment. Iceland is an exception to this. Although the divorce rate is high in Iceland, this doesn’t make people any less happy than other Europeans. To leave an unhappy marriage is not considered a sign of failure in Iceland, and co-parenting between newly formed families is both normal and accepted.

It’s also common for women to have babies very young. Rather than being a sense of shame, Icelandic students happily nurse their children while studying for University degrees. An open-minded, non-judgmental approach to family life, means that people in Iceland are extremely happy (even when things don’t quite go to plan!)

A few decades ago, Iceland had a serious problem with underage drinking and substance abuse. The government responded to this problem with a massive investment in activities for young people. There are so many after school clubs and sports that the children never have time to get bored. At the same time, the Government created curfew legislation for children.  Young people must come home before 10 pm in the summer, or midnight in the winter. As a result of these policies, Icelandic teenagers are now some of the cleanest living youths in the world. The number of young people getting drunk or smoking has plummeted, and families have become happier and healthier.

We hope you enjoyed this article about why Icelanders are so happy. We hope to welcome you to the happiest country in the world soon!