Where in the World is Iceland? Iceland is an island in the North Atlantic Ocean. It is located directly on top of the Mid-Atlantic Ridge and therefore has an extensive history of volcanic and seismic activity. The name “Iceland” can be somewhat deceiving since it is not a land covered in ice, as many believe before traveling there. It is a varied land with surprisingly mild temperatures.

The capital of Iceland is Reykjavik, a city located in the Southwestern corner of the country. Iceland is in the Greenwich Mean Time UTC+0 time zone all year, so you don’t have to worry about changing the clock from summertime to wintertime.

In the whole of Europe, Iceland is the least populated country. Almost 80% of the country is entirely uninhabited due to the harsh yet stunning landscape. The current population, as taken by the census in 2020, is 364,134 people. Iceland is close to the Arctic Circle. The distance from the North Pole is 5,018 kilometers (3,118 miles) and much farther away; the South Pole lies 17,118 kilometers (10,637 miles) away.

Iceland is closer to than you think. To give you a better understanding of Iceland’s location here is a list of nearby countries:

And here is a list of the distance from Iceland to famous cities:

How to get to Iceland?

Since Iceland is an island, you can’t drive to it. One of the easiest ways to make it there is to find a flight. Iceland even has its own airline, Icelandair. It is reputable, comfortable, and does its best to offer cheap flights from major airports all over the world. They aren’t the only planes that fly from America, Europe, and the rest of the world to Iceland. It has become a popular pit stop in the Atlantic.

Air travel isn’t the only way to get there, although it is the most streamlined. Surrounded by the sea, it is also a medium to enable you to travel there. It also offers a unique travel experience. There are passenger and car ferry boats that sail from Denmark to Seydisfjordur on Iceland’s rocky shores. These trips from Denmark take around two to three nights, depending on the ferry’s schedule and the weather.

When you head to Iceland via the sea, it is like you are floating in the footsteps of Iceland’s first settlers. The majority of them came from Norway during 800 and 900 AD. Depending on where in Norway they were leaving from, it would take three to seven days. The seven-day trip is from the West coast of Norway while sailing from the East coast would only take around three days of sailing.

The island is 103.000 square kilometers or 40,000 square miles. To put that into perspective, it is a similar size to Hungary or Portugal in Europe and Kentucky or Virginia in America. Following Great Britain, Iceland is the second-largest island in Europe and the 18th largest in the world.

As an island, Iceland has a stunning coastline running around it, 4,970 kilometers. Relative to the rest of the world, Iceland is about a five-hour flight away from New York and only three hours away from London.

Iceland is appropriately called the “land of Fire and Ice” because of its deep winters and history of volcanic activity. Many years ago, it came into existence thanks to volcanic occurrences along with the two tectonic plates that form the Mid-Atlantic Rift. The country is slowly splitting apart, with a crevice that increases in size 5 centimeters each year.

Due to the volcanic activity that formed it, this ancient island of the Viking lords is one of the youngest landmasses in the world. They still have relatively consistent volcanic activity on the island as well. 2010 saw the eruption of the volcano Eyjafjallajokull, and in 2011, Grimsvotn exploded. The most recent has been the eruption of Holuhraun, with activity continuing from August 2014 to February 2015.

This volcanic activity has made historical dating an exciting and unique process in Iceland. Unlike many other places, Icelandic history and timeline have been determined by studying the different ash lines in the earth.

Iceland is considered one of the global hotspots when it comes to viewing gorgeous waterfalls. The most famous waterfalls include: 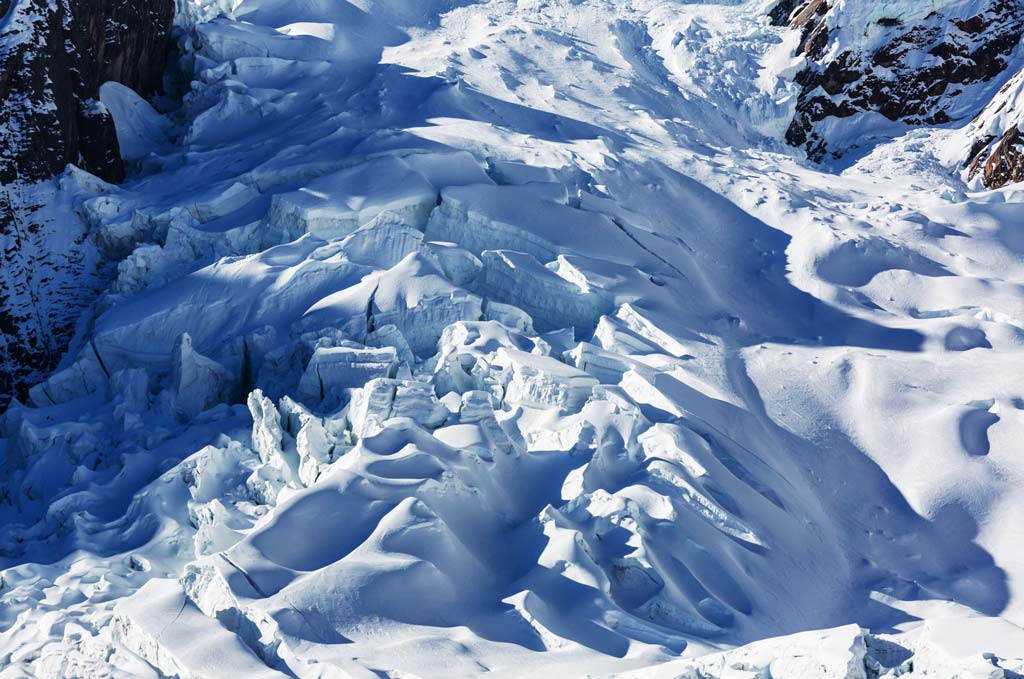 The geography of Iceland has had many players involved in its shaping and its distinctive features. One of these grand manipulators are the glaciers located all around Iceland. Many of the famous hikes in the country involve climbing up these icy monoliths. It is because of the glacial melting that the lakes and rifts in Iceland are filled with pure blue waters. Some of the best glaciers to look into are: 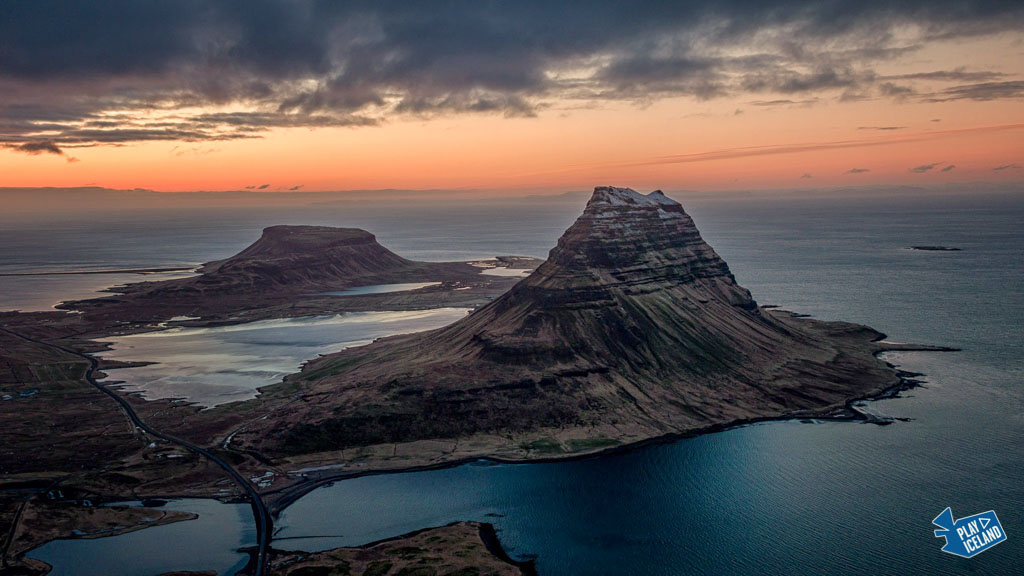 Iceland has its fill of long, carved-out plains, but these are always flanked by peaks rivaled by no other. Hiking over and around these will allow you to get some of the best views in the country. There are even challenges set out in some areas of the country that earn you the title of a Mountain Viking. Arguably, the most spectacular mountains in Iceland are: 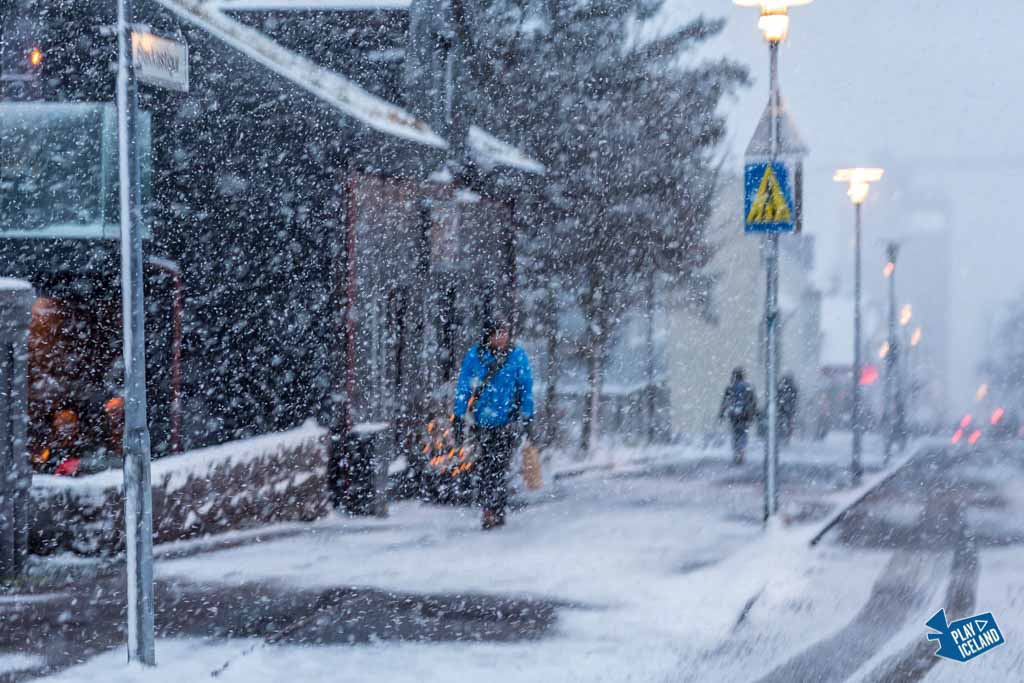 Iceland has unpredictable weather patterns, no matter what time of year you come to visit. However, even with the changeable weather, it still maintains mild temperatures throughout the entire year. Most of this temperate behavior is because of Iceland’s placement near the Arctic Circle but still in line with the Gulf. Throughout the year, tourists and locals experience the forces of the cold North rushing over the plains and glaciers and the Gulf’s swirling warmth coming up on the Northern and Eastern shores.

In the winter, the average temperature doesn’t extend too far below freezing. Around the Reykjavik area, it is typically around 0 degrees Celsius or 32 degrees Fahrenheit. The highs tend to be 9.9 degrees Celsius, or 50 degrees Fahrenheit. Since Reykjavik is the bottom corner of the country, be aware that the Northern reach of the country can dip even lower.

The weather during the winter can quickly change from sunny and brilliant to dark due to an oncoming snowstorm. When the warm and cold air collides over Iceland, they bring incredible storms that are very dangerous to be caught up in.

When trying to be prepared and pack appropriately for Iceland, take plenty of items that are windproof and waterproof. Often, umbrellas are useless in this country unless they are very windproof since the wind can whip across the whole land. 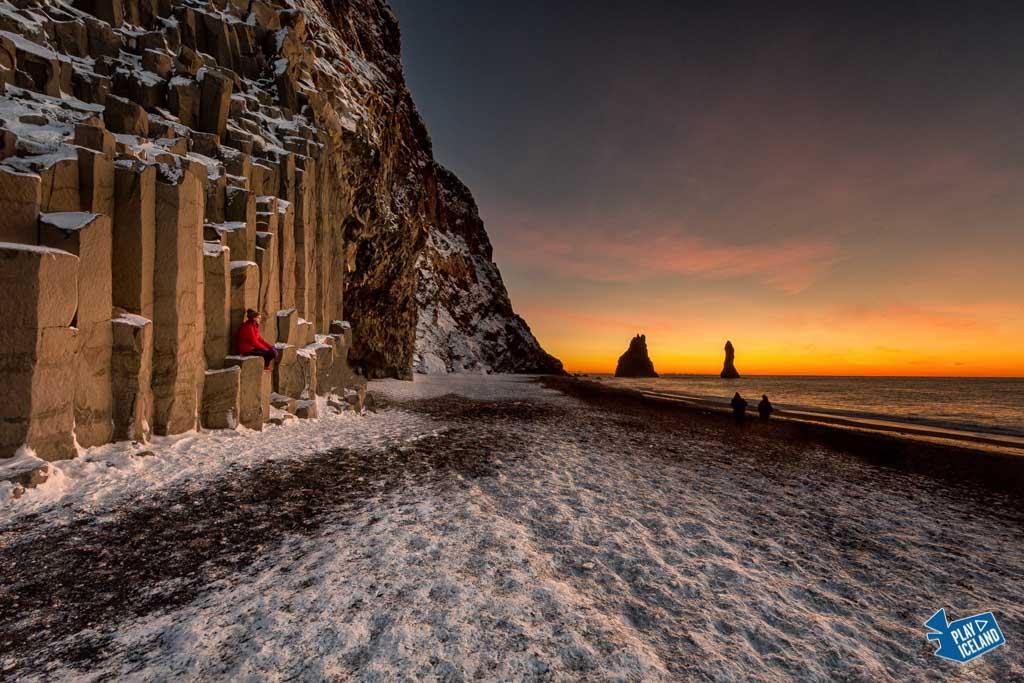 Another characteristic to consider this unique country is that it is among those experiencing the midnight sun during the summer, and seemingly eternal nights during the winter. In December and January, the daylight lasts for a maximum of 5 hours, gliding across the horizon in a low-hanging arc.

During the longest days in July, the day never ceases, hence the naming of the midnight sun. The sun does set at some point, but never far enough for daylight to completely ease. If you decide to travel to Iceland in the summer, pack a sleeping mask!

Iceland was settled around 840 AD by Vikings coming from Norway. They were mostly wealthy and proud people that rejected the actions of their current king. They brought them all of this wealth, servants, slaves, and horses, quickly populating the shores of Iceland.

Due to their isolation from the rest of the world, their language has developed into a unique tongue, Icelandic. It has many sounds and features similar to other Nordic languages.

The country is the site of the longest-lasting parliament, the Althingi. It was established by the Vikings to prevent the separate clans from warring and destroying each other. Other than a short break during the occupation of the Danish monarchy, the Althingi has lasted from 930 AD and continues to be the ruling parliament today.

So, what are you waiting for? Come and see for yourself where Iceland is located!